I'm sure I have no need to tell you how difficult it has been this year to secure grounds for Trials. Countless shoots across the country have had all sorts of issues and lots have not shot at all so finding a Host and Keeper willing to host a Trial has been impossible for some Clubs. Our own 2 Day Open Stake was under threat a few months ago so we decided to spread our wings and our request to go to Ampton was graciously accepted by Peter Rushbrook and Alan Hammond so we all met yesterday at Livermere Hall to begin our quest to send one lucky handler to The Championship next week at Holkham.

Two of The Championship Judges, JAyne Coley and Alan Rees had kindly accepted our invitation to help us in our quest and they were joined by Kim Jinks and Brian Chesser. Following our usual welcome and introduction of our loyal team of Guns, Pete "Banner" Bancroft, Steve "Merv" Mear, Dave "Cookie" Cooke, Chris Burrows, Brian Wilshaw, Tom Wilshaw, Henry Carney and Jacob Henry, we all convoyed into the heart of The Ampton Estate. Headkeeper Alan Hammond quickly put out the Guns to line out walking-up stubble and Mustard next to a woodland strip. The line was a good 250 yards long and as you would expect at Ampton, game came quickly with challenging retrieves from the off.

Our second beat was walking-up in woodland where good game finding dogs did well although some struggled with the late Autumn nettles. Our Judges were very fair and gave the dogs plenty of time, particularly when they were holding an area and hunting well. Following a quick (late) lunch break, we moved into the famous Snipe Bog and lined out in an attempt to complete the first round.

Much, I suspect to the relief of some handlers, Snipe did not appear but some fast flying almost Fenland type Pheasants did and we managed to get the first couple of second round dogs into line before the fading light got the better of us. We finished day 1 one with only 8 dogs left one of which was sadly lost overnight due to being lame.

Our trip to Ampton was for us (us being The Dove Valley Team) a good excuse for a couple of days away and our 2 overnight stays at Livemere Hall and a local Hostelry proved to be evenings of good banter, excellent food and lots of hotly discussed Field Trial scenarios although we did discover that a "Good Pint" is as elusive as the Snipe !!
Day 2 dawned with a little drizzle which soon faded away leaving a blue sky and an almost spring like temperature.
Our first beat was a large expanse of mustard and again, game came quickly with Pheasant and quick flying English Partridge giving our Guns some testing sport.

Retrieves were not easy but good marking dogs were always going to shine now as birds flushed from the mustard were falling in rough pasture which was well established and waist high.
Our Judges finally managed to see enough of the 4 dogs they had left to declare the Trial over so we all convoyed back to Livermere Hall to make the awards.
Before the awards were made we drew the raffle which raised £239.00 for our chosen charity this year, The Gamekeepr's Wefare Trust. The total was made up of ticket sales and donations from one of the handlers and under keepers and an auction of a copy of The Best of the Best!

Lots of thanks to give now particularly to Peter Rushbrook and Alan Hammond for obvious reasons. Our Guns of course for travelling to Ampton to support us and of course, The Dove Valley Team.

A great 2 Days Trialling with lots of friendly banter in a fantastic atmosphere. Tremendous Sponsorship as usual from Skinners, Acme Whistles, Sporting Saint, animology, Twicebrewed Twines and Gundog Journal.
Thank you all. 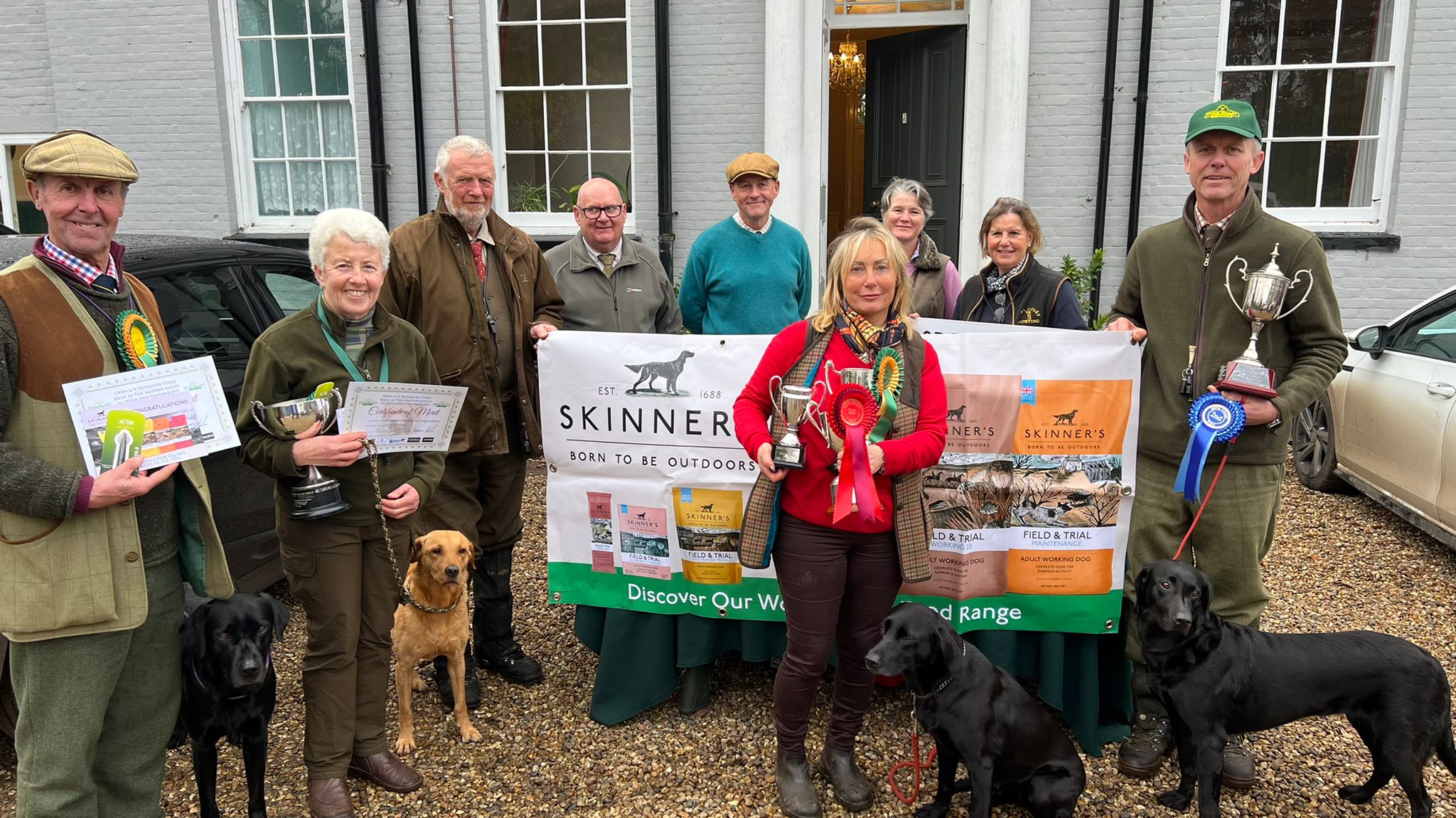 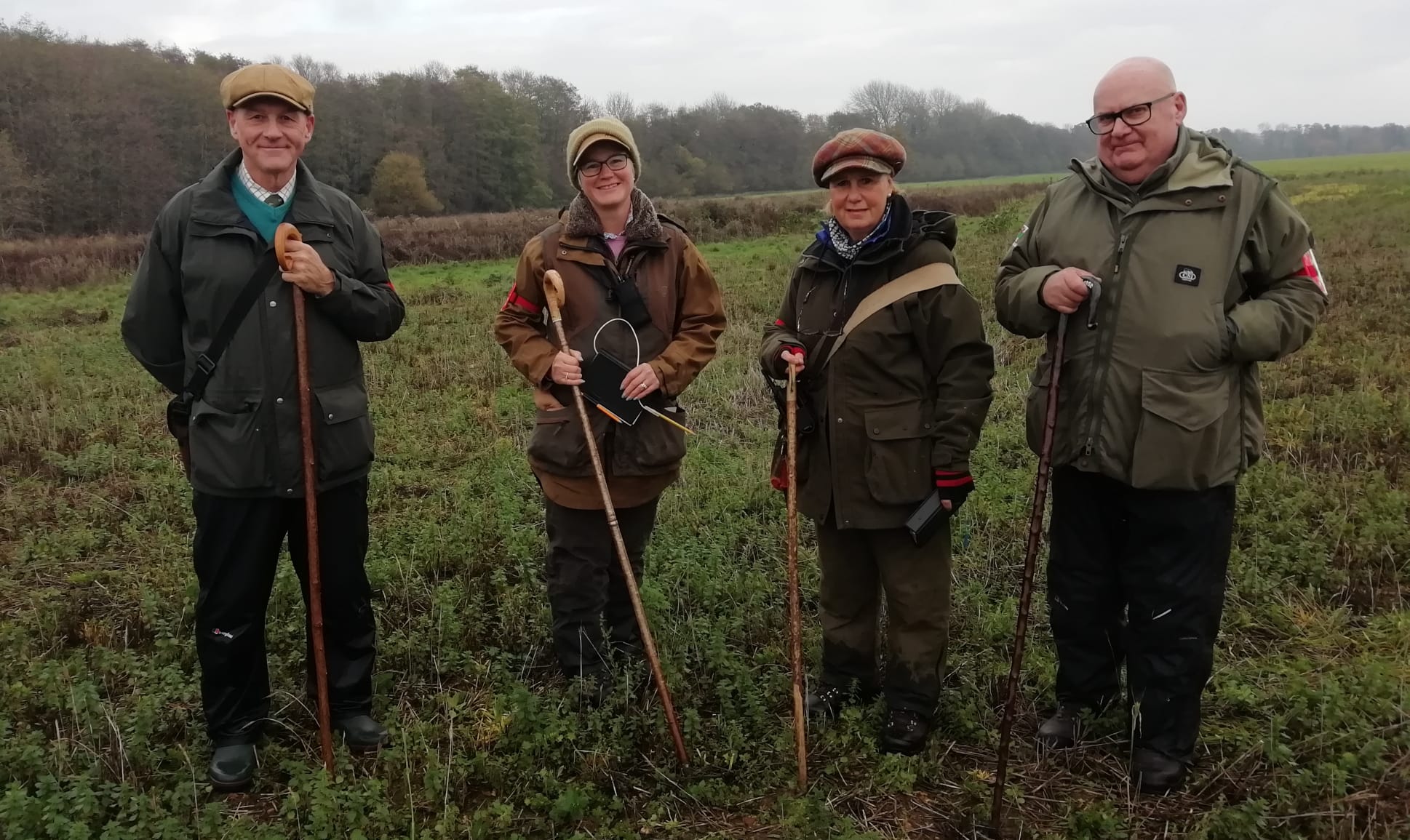